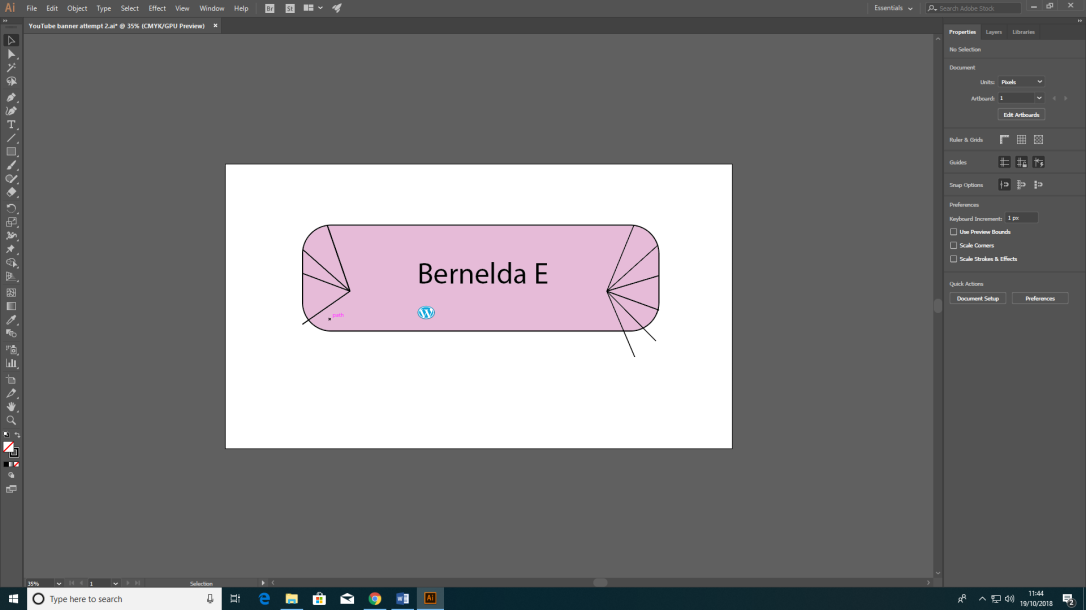 I wanted to go for a much more simpler design, I decided to go for some line designs.I created multiple lines and placed them in different positions to create a grid design. 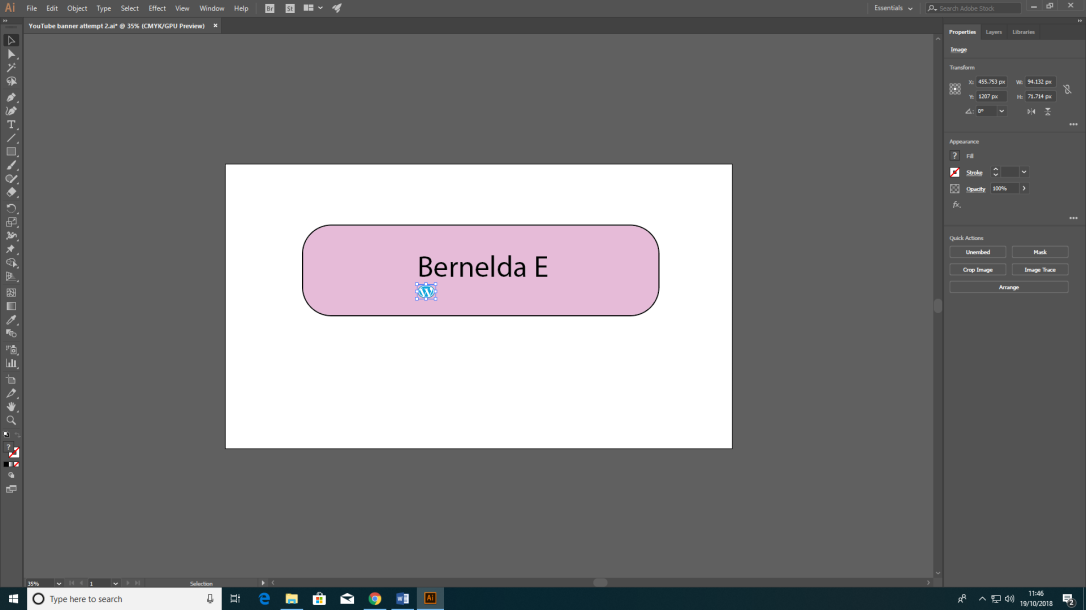 After I felt like my Logo started to look very ridiculous so I removed all the lines but two, kept the same style but only had one line on each end. I also included the word press Logo I noticed that many Banner have social links so I did that as well because it looks professional. 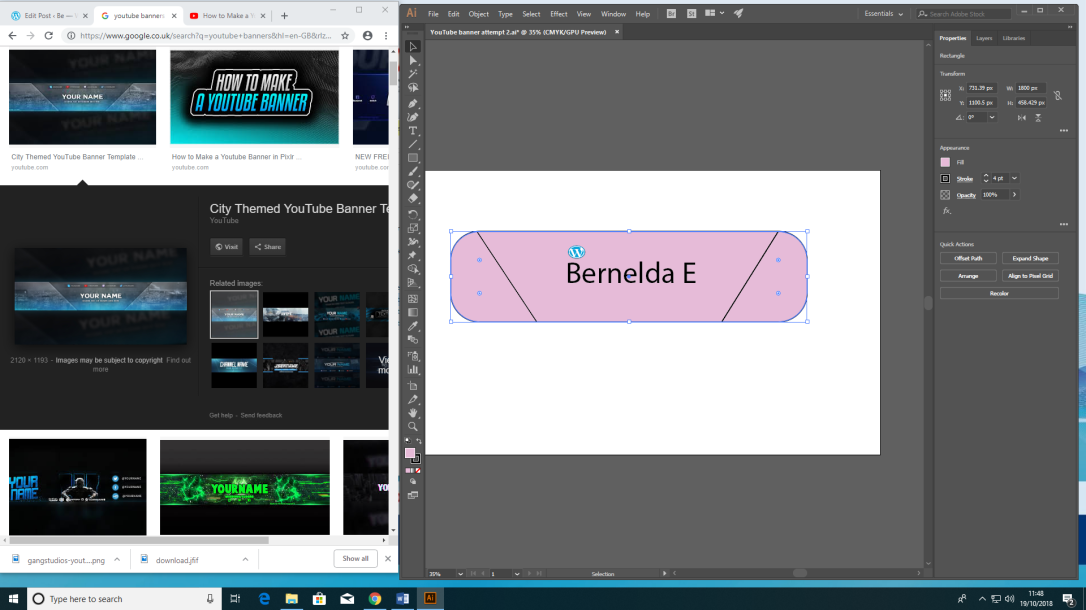 I wanted to include other social links. Being that this is a YouTube Banner and their is no other representation of that I wanted to create a YouTube Logo on my Banner. My first idea was to use an image of the logo on google images, but the illustrator format does not have an export link so I have to create one myself. By then I also started playing with the position of my YouTube channels name. I did not know whether or not I wanted to place it directly in between the lines on above the side of it. 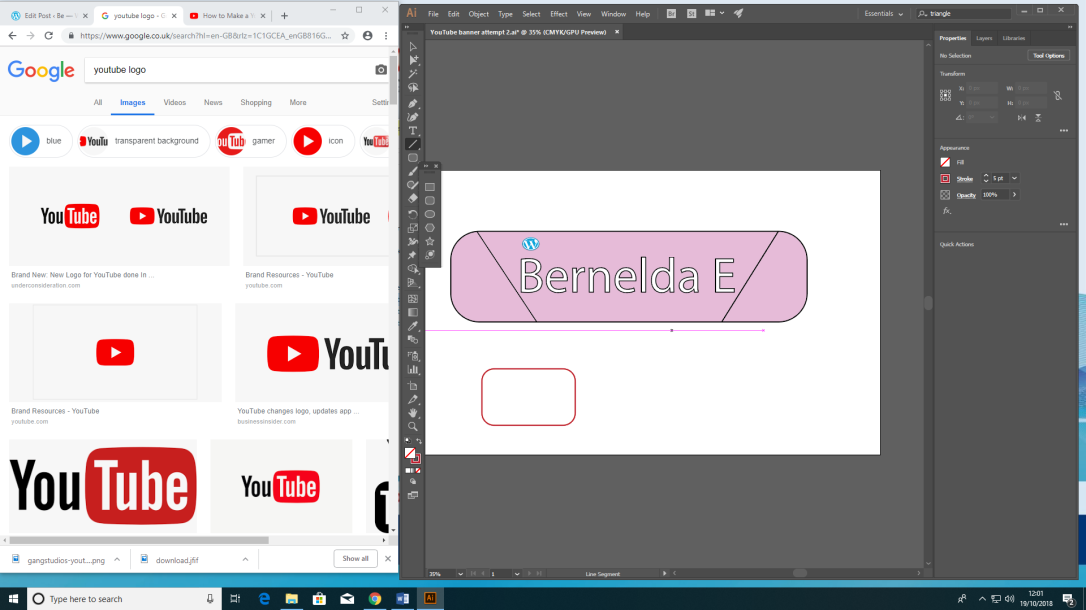 I first started by creating the outline of the YouTube logo which is a curved rectangle, Unfortunately Illustrator does not have a rectangle shape only a square. So I used the square shape morphed it and dragged it in. The most difficult part of the process was creating the triangle shape illustrator did not have a triangle shape. I had to use the pen tool an create lines and joint them together. This took a long time because sometimes the lines would not join and other times the shape of the triangle was no asymmetrical. 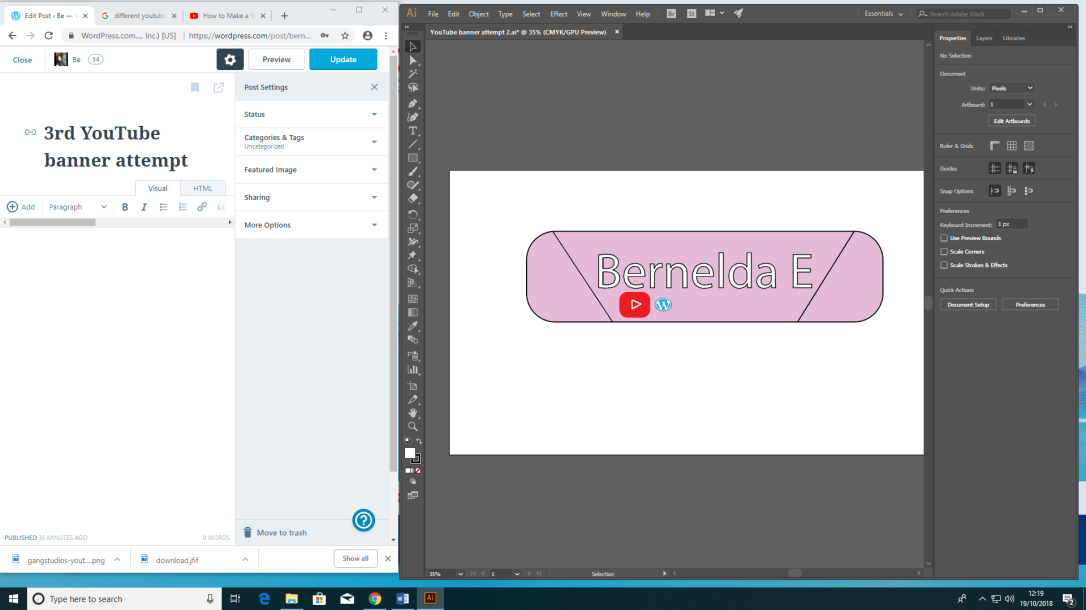 I played around with the position of the social links. 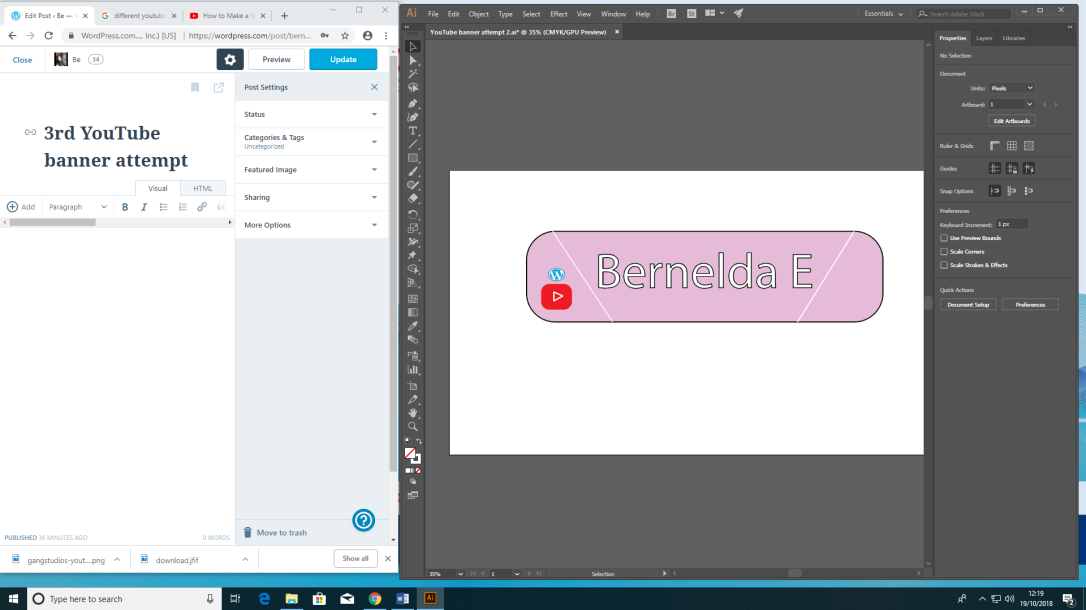 I changed the colour of my lines to white because I thought that it looked more professional, I also started to create other shapes like circles, because I felt like my YouTube banner looked too simple. I was able to create an interesting design placing each circles on top of one another. 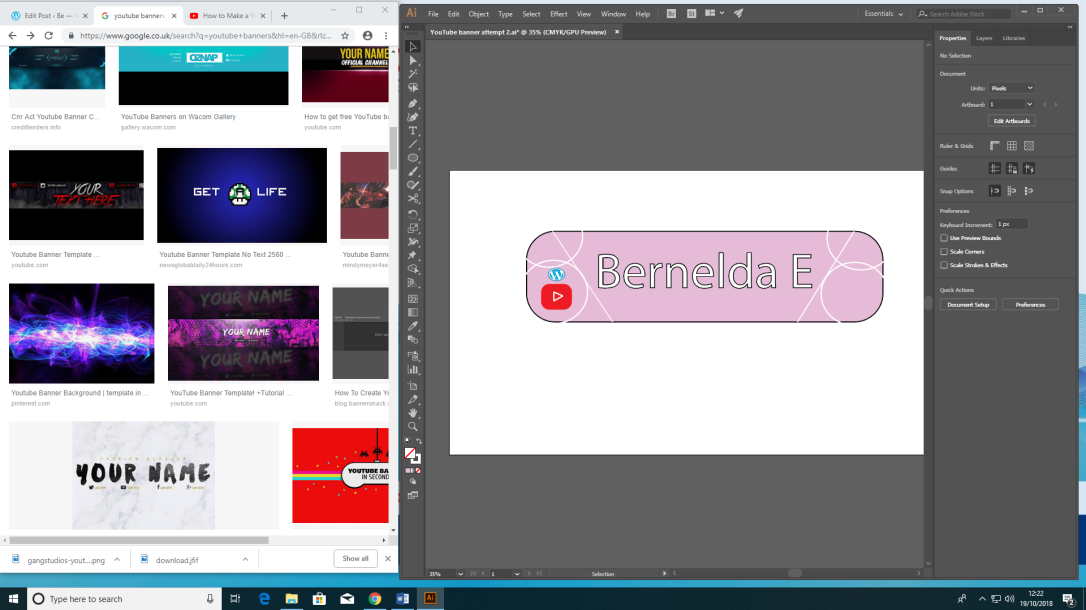 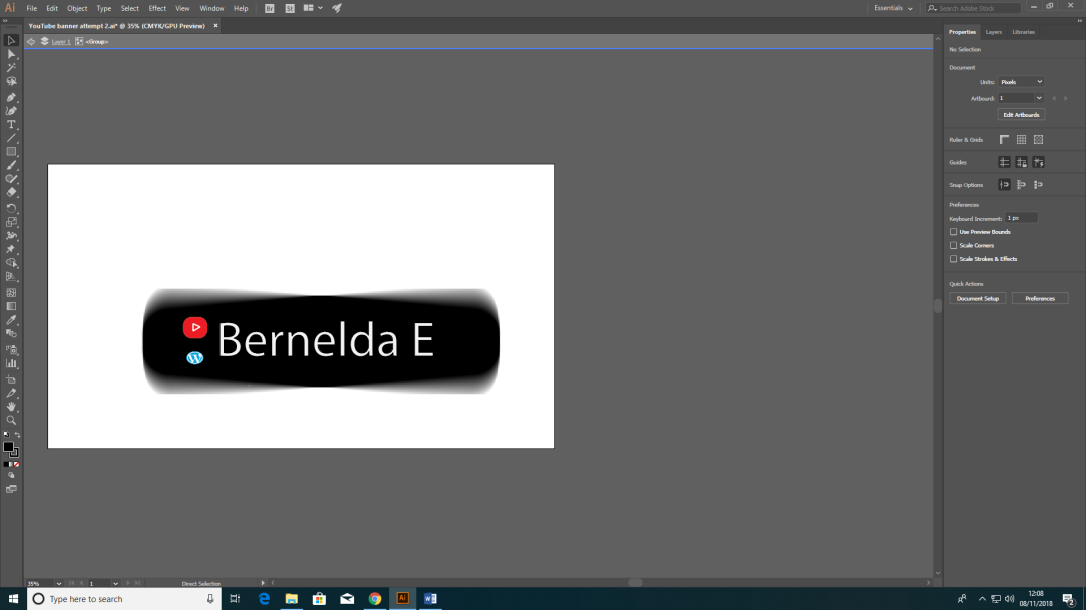 I started playing with different fonts on the app de font, I decided later not to most of them were too animated and made my logo look too dramatic.

I started trying different types of colours and designs, I tried the blue logo and the overall logo looked nice but I did not like the colour blue. The second colour I tried is a green design, I decided not to use it because the white font and the design clash one another furthermore the image is to over dramatic. Another colour I tried was black Although I did not like the shadow effect at the end of the logo and did not think It would look very nice on my YouTube channel. I liked the last effect the best because it look very unique. It was very difficult to create it because the software kept shutting down. I do not know why.

This is how the original design I choose looked without the social media logos. I was able to create this design by using the glowing edges effect and altering the opacity of it.

I changed my logo again and made it closer to my original idea, this was because their was a problem with the effect I was trying to use.

Im still not completely satisfied with my end result although I did the best I could, I definitely think this logo will catch anyone who comes across my channels attention.