Personal branding is the practice of people marketing themselves and their careers as brands. While previous self-help management techniques were about self-improvement, the personal-branding concept suggests instead that success comes from self-packaging. It is important to have a personal brand in order so that people you can showcase your skills, attributes, uniqueness and passions. This will let your audience or reader know what type of character you have and create a connection with you. specially when in very competitive industries the individual can make themselves stand out. whether your or a celebrity or just a normal working class person everyone needs to have a personal brand. And that personal brand depends and has to be altered depending on your occupation. For example someone who is working as a director most likely should now have the same personal brand as someone who is a singer.

Cardi Bs brand is based of off her authenticity and her being her authentic self, whether that is childish, loud or sexual. She openly flaunts and talks about her past being a stripper and has no trouble saying  what she thinks at whatever time. If you follow her social media, most of her posts contain images of her wearing very scandalous clothing, partying or performing. Something that someone in a different career would not be able to get away with. Being that she is a past stripper and sings rap music, That of course is going to appeal to a certain audience. especially since she is in the music(rap) male dominated industry. Wearing scandalous clothing and acting very vulgar on a daily basis like she does in her music. If a stranger where to see this, they would know immediately that she is an artist. Many may probably be turned off by her personality, because she can come across very rude and vulgar. Certain brands would not want to sponsor her because she may tarnish their image. Cardi b has a 34 million following, her source of income comes from her sales of her album and concerts. If she did not have this type of personal brand, she would not appeal to as many people. Everyone has their own individuality and Cardi b presents how people should not be afraid to be who they truly are.This type of personality appeals to a lot of people who are struggling with their won identity. In the begging of Cardi b career many people did not think her personality and attitude was very appropriate and they viewed her as very slutty, however they still respected her because she was being honest. Now due to previous situations many people dislike her because the qualities they liked in her to begin with are no longer their. 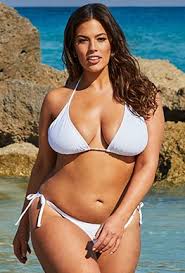 Ashley Grahams personal brand is solely based on her appearance, because she is a plus size model she has to keep a certain look to keep her audiences interests and make money. Qualities she tries to portray are confidence and empowerment which appeals to most women in the 21st century because of the Feminist agenda. On Ashley Grahams social media you will see a lot of pictures of her posing or trying to advertise a healthy lifestyle. She often works out but does not partake in anything to difficult because she has to keep that look so that plus size women will want to continue to support her.She tries to present on her social media a very luxurious and healthy life style which is ironic because she is unhealthy. She takes lot of pictures of herself at very different countries or hot stops for example beaches etc. If a stranger was to see this it would be evident that she is a celebrity or rich and they may think that she is very happy with herself or vain if they did not know already that she is a model. Ashley Graham has an Instagram following of 7.5 million. Her main source of income comes from modelling. She makes money as a plus size model, modelling in plus size clothing. Many plus size women look up to her, and many men find her attractive. She has to take a lot of pictures of herself wearing revealing clothing to keep that male attention. This view has stayed the same through out her career.

Dapper Laughs is a comedian who’s career was about to take off but unfortunately due to poor decisions it did not. He was going to have a Tv show on ITV but after he made a joke stating “bit of rope, gets some duct tape, rape the bitch, well done, see you later”, and telling fan she is gagging for a rape. Their had been many allegations saying that he is somehow teaching men how to rape women and wants to rape women.He denies all allegations but still makes jokes about about rape. Dapper Laughs has around 600,000 followers on instagram now but had a lot more before. He has around a 500,000 pound net worth and makes most of his money from doing public comedy shows. Most of his followers are young men and a small percentage of them are women. Before the rape comments he was looking towards a very promising career.

This lesson taught me the meaning of Branding and how important it is. Because I want to be a Journalist in the future, I will be more cautious of the type of information or topics I speak about. As they may be too controversial or offensive to some people.