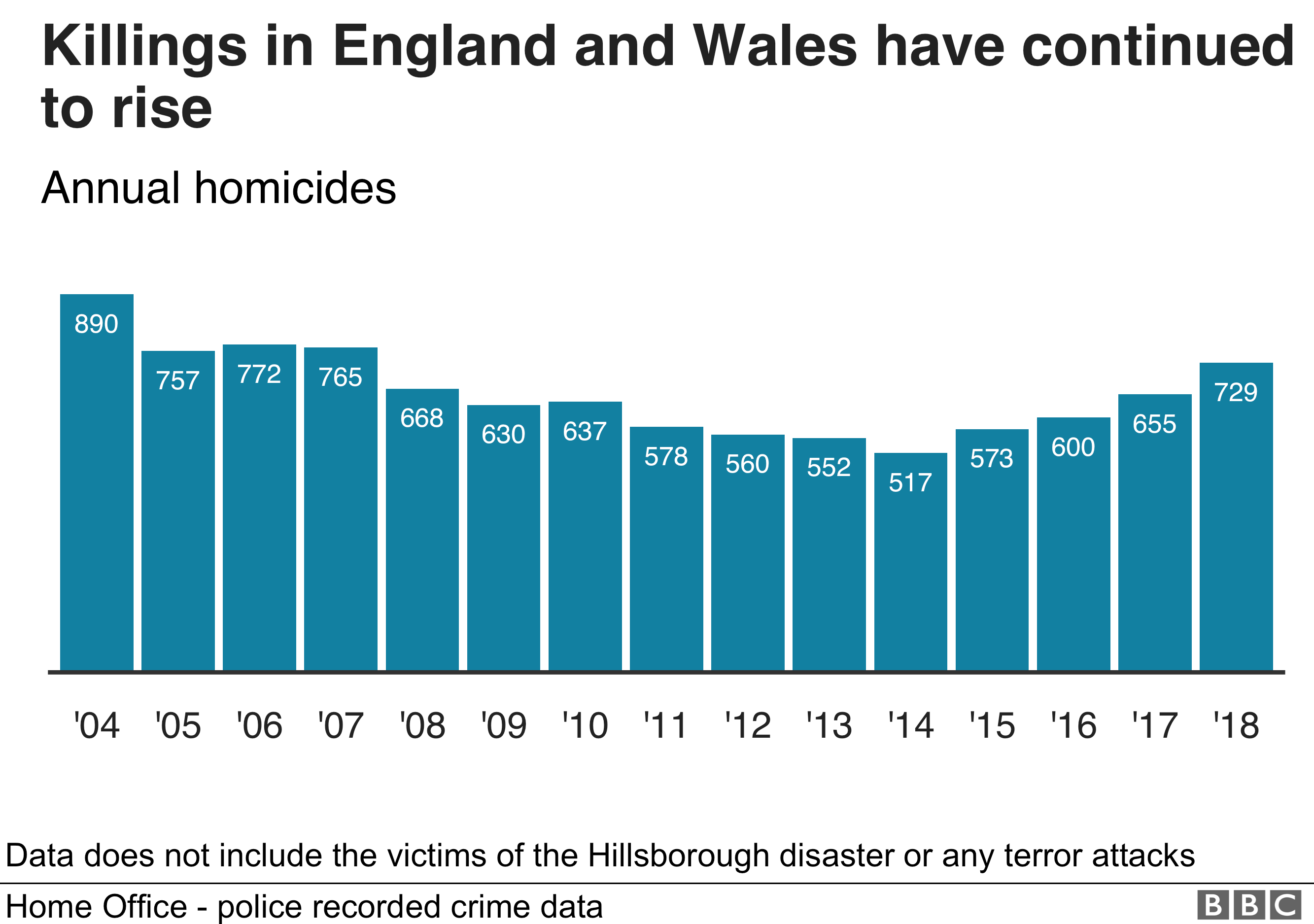 Chris Preddie grew up on the fringes of gangs and drugs, and is a cousin of Damilola Taylor’s killers. Yet, aged 24, he is being awarded an OBE for his youth work. Chris Preddie first became well known because of a video he had made were he exposed the gang point system. This system is were gang members purposely try to commit as many crimes a possible in order to compete against one another and boast. Many people believe that drill and rap music is responsible or has contributed to a lot of the violence. Which I do not agree entirely, however I do think that drill music could increase someones already high intensive to commit a crime (Knife crime). The majority of the children who commit knife crimes come from a poor single parent household and do not have very positive influences in their lives. If they were to change the environment that a lot of these children are in, it would obviously have a positive affect on them. Furthermore I have noticed that there has been a decrease in the support towards youth groups. That is one way that the government could help young children stay away from crime.

I am using these statistics to show the extreme use of technology all over the world, This is to prove how easily assessable it is.

Us household statistics on children younger then 8 Technology use ;

On every social media platform their is a massive amount of violent videos and fights that are very easily assessable.

Snuff: Murder and torture on the internet, and the people who watch it. … Thanks to the Internet, peoples’ ability to film and distribute murder to a mass audience has never been easier. The audience congregates on gore sites (also known as shock sites) like BestGore.com, GoreGrish.com, and TheYNC.com

I have noticed that their is an overwhelming amount of videos were people live stream videos of themselves committing violence against themselves or other people. What I find particularly interesting about this is the fact that while or before committing the act they felt it also necessary to make it public. We know that many people who are depressed or unhappy tend to act out in order to get attention or get acknowledgement because we are social beings and we thrive from other peoples attention.  Many people who are considering suicide or are about to probably go on suicide media to seek out attention and help, but instead get the complete opposite.

James M. Jeffrey took his own life and streamed the tragedy on Facebook Live

Builder Leon Jenkins, 43 as found by police with his webcam still running and internet users watching his tragic death. Police were called after 999 calls were made by Paltalk users from as far as Canada and Australia. The inquest heard it was the third similar tragedy in Britain involving users of the Paltalk site.

Hishaw slapping the six-year-old in the face

charges were announced Thursday against Jordan Hill, 18; Tesfaye cooper, 18; Tanisha Covington, 24; and Brittany Covington, 18, who filmed the video and also goes by the name Brittany Herring Four people are facing hate crime and felony charges, including kidnapping, after a “disturbing” and “brutal” video showing a man with “mental health challenges” being tied up, beaten and tortured was streamed live on Facebook “for the entire world to see,” Chicago Police say.

In a countless amount of kid programmes their are multiple references towards death and suicide. In the popular show Sponge Bob Square Pants in season 8, there was an episode were Squid-ward attempted to commit suicide by hanging himself because he could not find a happy memory. On this show their are many episodes were a lot of the characters are seen to be depressed and acting strangely. But this did not just start as far back as the 1940s classic/popular childhood shows have been giving constant subliminal messages of suicide. By portraying scenes of people shooting themselves in the head, using bombs taking pills. So its no wonder the suicide statistics are so high when many people, at very young ages are taught to think of it as an option or easy way out.

I want my Documentary to have a similar style to Shane Dawson’s and conspiracy theory videos documentary. The topic I am going to be talking about and addressing is a very serious one, I want to atmosphere to feel haunting and slightly scary, so the viewer feels not only engaged but on edge. Something I have noticed that many conspiracy theory videos do, is they have a very particular type of music. Zeitgeist does this amazing, before the changing of video or topic they have a slight pause and then a loud bang following with melancholic music which is really effective. Because my documentary is about a very serious topic I really want the audience to understand and relate from the perspective of the victim especially when I am talking about the suicide live streams.